During the latest years Web Security has become a very important topic in the IT Security field. The advantages the web offers resulted in very critical services being developed as web applications. The business requirements for their web applications security has also changed a lot and apart from their good developing standards they add another layer of security. Web Application Firewall’s are L7 firewalls which inspect web traffic and “try” to protect from attacks. In this blog post I will explain an interesting bypass vector that I found recently during a deployment audit of a WAF.

The cause of the “vulnerability”

Recently I was assigned to do a deployment test of a WAF in a company. I won’t name the company and the product for obvious reasons but the principle stays the same. The architecture of the deployment was something like this: 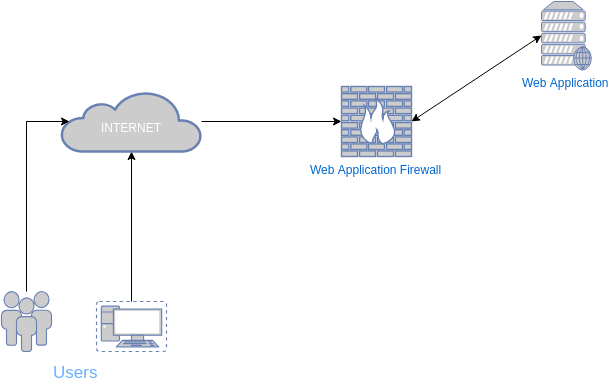 After I was provided with the required information I started to look for different ways to bypass it. I was given access to the WAF for different tests and apart from other methods I found to bypass it, an interesting one was by abusing SSL Ciphers. The first time I logged in the WAF the Unsupported SSL Ciphers alert caught my eye really quick. Once I saw the alert description I started digging more in the documentation of the product and managed to find all the supported SSL ciphers, but before continuing I want to give a quick explanation how an SSL connection works.

The SSL handshake is composed by 3 main phases:

The handshake begins by the client which sends a ClientHello message. This message contains all the information the server needs, like the various cipher suites and the supported SSL/TLS versions. After receiving the connection the server responds with a ServerHello message which contains similar information that is required by the client. The server also returns what cipher suite and SSL version will be used.

Now that a secure tunnel is established the server and client exchange a key which will be used for both encryption and decryption of the data.

The idea that popped in my head was : What if I use an "unsupported" SSL Cipher to initialize the connection to the WebServer which supports that cipher, the WAF would not be able to identify the attack because it can't view the data.

So I started digging around and found out the documentation for the WAF vendor, from there I extracted all the SSL Ciphers that were supported. As can be seen below.

The next step is to identify the SSL Ciphers that are supported by the webserver.

There are a lot of ways to identify the supported ciphers but I used sslscan because it’s easy to install and gives a lot of detailed information.

The command above will list all the supported SSL/TLS versions and ciphers from the webserver.

The cipher supported on the webserver but not on WAF

To test my theory I created a WAF rule which blocked the request if the path of the request was /ssl-cipher-test.

Visiting the path will block the connection successfully.

A quick way to exploit this “bypass” is by specifying the client ciphers, leaving only the one that will bypass the firewall.

You can specify the cipher using --ciphers command on curl, in this case I specified ECDHE-RSA-AES256-SHA.

As we see from the response above the Web Application Firewall was bypassed successfully.

The main plan for me before publishing this blogpost was creating a scanner to scan all the supported ciphers, find one which is supposed to bypass the firewall and then start a proxy listener to forward all the requests with that cipher.

Since that will require a lot of time that I don’t have, I decided to release the blogpost and inspire someone to create something based on this research.